Manchester is a 3rd or 4th tier East Coast city. It is not New York, DC, or Boston. There are no heros here and that is just the way the criminals who live here like it. Occasionally they can look up and see Paladin flying overhead as he zooms down the coast to fight the lastest 50 foot monstrocity that has crawled out of the ocean to threaten the President.

Paladin never lands in Manchester and tidal waves never rip through Manchester’s infrastructure. On the other hand Mark Smith and 5 other bystanders were needlessly slaughtered the other day when Lord Python, Serpent King of the Underworld didn’t get the crusts cut off of his sandwich last week.

Manchester was at its peek right after the second world war. Aeronautic Engineers from Manchester Univer- sity were some of the best in the world getting unrivalled access to Kirbean Tech salvaged from Roswell. The majority of Cliffview’s high society either made or still make their money on high paying expense contracts.

It was during the 50s that the old Plainsfield River was renamed the Halley River when the Halley Dam and Power Plant was put in place. The town of Plainsfield was flooded, supposedly drowning the Pandoran who had set up shop there.

Over the past six decades what was once a bright future has tarnished more and more. Unemployment fluctuates up and down but remains on the top 10 worst cities in america. Manchester armed robbery and murder rates get regular national news coverage. Tunguska infection and Godstorm relics show up with a frequency that is in line with the rest of the Northeast but those few who decided to use their new abilities ‘for good’ have all been dead within the week.

Enter the PCs. (More to Come) 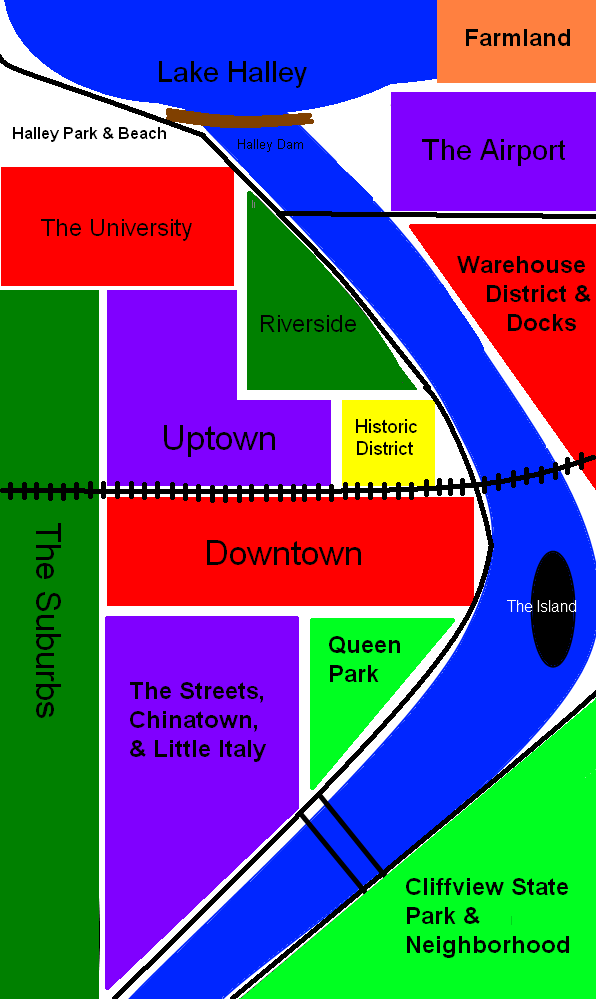