As a father, I have found myself watching a lot of princess related movies. I blame this on fatherhood but Sleeping Beauty has long been my favorite Disney movie.

As a child “The Wonderful World of Disney” familiarized me with a lot of Disney properties. They made extensive use of the magic mirror from Snow White for instance. But despite lots of edited clips and re-dubs, it hasn’t been until recently that I’ve sat and watched Snow White all the way through.

In both Snow White and Sleeping Beauty the heroine is awakened by a kiss. I had always assumed that the kiss in Snow White was, as the troll in Frozen puts it “true loves kiss perhaps?” But that’s not the case.

When the Evil Queen (aka. Grimhilde) looks up the antidote for her poison, she finds it to be “love’s first kiss”. The up side here is that it doesn’t have to be ‘true love’. I’m going to assume this allows for divorce sometime in the future. The MAJOR downside is that it has to be the first kiss. So not only do you have to have interacted enough to get someone to feel tingly for you but you needed to hold off on the snogging until after you’ve been poisoned.

The TV show ‘Once Upon A Time’ and the movie ‘Frozen’ have further expanded upon the mystical nature of ‘True Love’, taking it outside of the realm of romantic only love and using it for disenchants between sisters and a mother and her son. It is no longer only usable by kiss either.

On the role-playing side of things, if one happens to be a priest of a love deity (Venus, Freya, Shelyn, sadly rare aspects of Christ) then there is the possibility that the priest’s True Faith also counts as True Love. This was a topic that came up often back when I was playing vampire since True Faith was one of the few ways that mortals could do serious damage.

in a world where the existence of gods was an open question, Faith (with a capital F) relies on the intention of the person, not the object of their Faith. Can I have True Faith in doorknobs? Um… doorknobs? They’ve never let me down. You can’t have true faith if you’re crazy. But if the only way that I’m crazy is my faith in doorknobs. OK, fine. Great, I hit the Vampire with this doorknob for Aggravated Damage!

My favorite idea that I never got to use was a man whose wife had died but he truly loved her and had True Faith in their marriage. That made his wedding ring the symbol of his faith which seared vampire flesh every time he punched one. Add on the ghost of his wife for backup… and you end up with some nasty antagonists for the vampires. Or you would until the vamps dog-piled them one night in a dark alley.

I do like the idea of taking True Love into the game as a power. Give it to a D&D style cleric or paladin who hunts undead out of love, sending them to their final peace. Maybe Sleeping Beauty lost her Prince to a dark curse and it is her love for him that fuels her Faith. Gross as it is, turning Zombies to ash as she gives each one a final kiss to the forehead is also a bad-ass image. 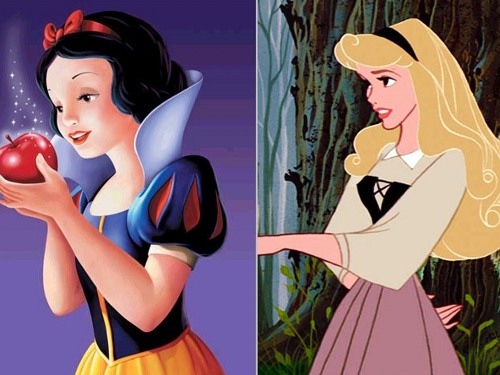