So nobody tagged me on this but I saw the post about this on Anya Breton’s Blog and I told myself that I should totally do that, especially since not a single time-travel movie was included in the list. This needs to be rectified.

I’m posting these in stream of consciousness order. As I posted each one, it would generally remind me of the next one on my list. I also adopted a ‘no peeking at the movie cabinet’ rule because that seemed against the spirit of the game.

Yes, I said 2. Why? Because in the second movie Marty goes BACK into the events of the first movie. That’s just awesome. Don’t get me wrong, watch the whole trilogy but the part where he’s sneaking around trying to avoid himself is what really makes it.

“Don’t Drive Angry!” I still say this jokingly. Groundhog day pretty much defined a whole genre of TV show knock offs. The Stargate one is perhaps my favorite.

Let’s talk about how this movie is not about domination power fantasies. This is the love story of two broken people who through trial and error manage to find a relationship that not only works for them but heals them.

When you’re a high school boy, sometimes you latch onto a movie in order to bond with your social group. I know some younger guys for which that movie was Anchorman. For me and my friends it was Wayne’s World.

Let me be clear. This is NOT a good movie but it did stick with me. Sometime in the first half hour I said to my wife. “This is terrible. Maybe there will be some lesbian sex. That’ll make it better.” It turns out that I was right. There WAS lesbian sex. In fact the whole plot was about that. Turns out I was wrong. It didn’t make it any better.

A little indy film about a new vampire trying to figure out her new undead existence. Christopher Walken’s soliloquy about what it means to be a vampire who has found balance is the icing on an excellent movie.

Another little Indy film. This one dealt with the power of mystical numbers and a narrator who was going crazy/gaining super powers/both/neither(?!). The secret order of mystical rabbis was a lovely touch.

I got my hands on this movie right around the time I graduated for college. I would put it on repeat while I was job hunting. I did a lot of job hunting. I blame Canada. It may have ruined Les Mis for me when I finally got around to seeing that.

This became a cult classic during college. The kind of thing you would break out to indoctrinate the newbies. I only had it on VHS but I still break out the awesome soundtrack from time to time. Especially if I want to listen to Blue Oyster Cult’s “Veteran of the Psychic Wars”.

This was one of my sister’s favorite movies and so I ended up watching it a lot. On top of that though was the (not-at-the-time) all star cast and the sheer campy goodness.

Another movie that I came to through my sister. It is silly, campy, and has Estelle Getty at her absolute best. Plus I’m sure it was the events of this movie that lead James Spader to be the broken man he is in Secretary (see above).

What is it about me and Michael J Fox films? (The Secret of My Success barely missed getting onto this list as well). This one came out of no where for me. I had no idea what to expect and what I got was a really cool mystery with a cleverly built world.

Everyone remembers the 6th Sense but I think Unbreakable was really M. Night Shyamalan’s masterpiece. It really solidified what I imagine a low superhero setting to be like where the heroes are super, but only by comparison and they are clearly human.

I remember the end of this movie with the alien space ships crashing to earth. All of that technology… this is how the Robotech universe got started. I’m sure that the sequel will just be a rebuilt world fighting against another alien menace but I want to see the earth transformed by this experience. On top of that, this movie just hits all sorts of emotional high notes culminating in Bill Pullman’s speech.

“Bah Weep Grah Nah Weep Nini Bahn!” I’m going out on a high note here. There was so much about this movie to love. Optimus Prime’s noble sacrifice. Hot Rod’s coming of age story. “You’ve got the TOUCH!” Before this movie Transformers were ‘robots’, after this movie they were ‘Cybernetic life forms’. The difference is a notable one. 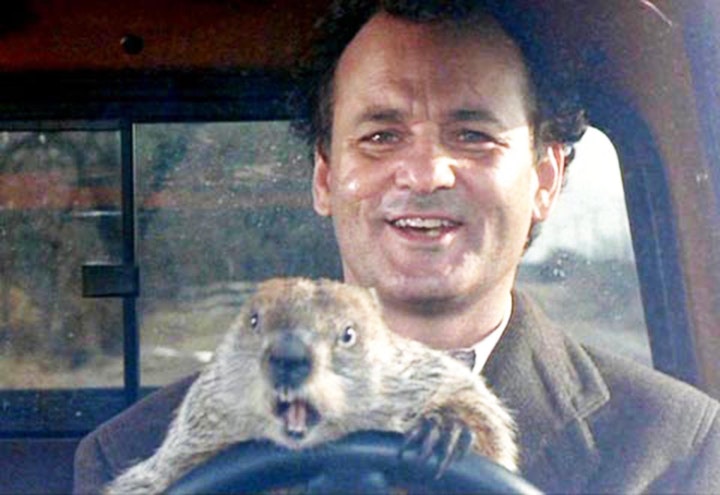