Lately I have been reading more fantasy. Traditional swords and magic type stuff. One of the recent ones was the first Dragonlance book. In that book Tasslehoff, a kender/halfling/hobbit, mentions that he thinks one of his relatives was part gnome. A little mental bug that has been bothering me for a bit is the question of fantasy races and how they interrelate.

Originally this came up as part of the introduction of 3rd edition Dungeons and Dragons. The new class in that edition was the sorcerer who’s backstory focused on unlocking magical power through the mystical blood that ran in his or her veins. On top of that, templates were introduced that allowed for quick mechanical creation of half-dragons, half-demons, and other supernatural goodness. In one of my half-baked settings the big bad was the Goddess of Fertility who used her powers to a cross-breed army (half dragons, half giants, half-elves, and lycantropes of all stripes). Post-God-War all cross-breeds were considered tainted.

The idea could use some work but it did get me thinking on the interbreedability of humans, elves, and orcs. The big question is if humans and elves can create half-elves and humans and orcs can create half-orcs then are elves and orcs close enough to have babies. And of all those children, how many of them are fertile? With dragons, you can just point out that they’re shape shifting reptiles and let magic handle it. That is less the case with the elf/human/orc issue.

As with many gamers, I’ve fiddle around with my own Fantasy Heartbreaker(Fantasy rules set only I would ever play) and referenced it a few times as basically a ‘Stripped down version of 3rd Edition’, probably with a few cool features from other games added in. This is my list with concerns about racial compatibility taken into account.

I think I’d also like to add in some sort of scaled race as an option. Something dragon related maybe. Half-Elves get the short stick on this list and I sort of prefer it that way. I’m tempted to make half-elf an option but point them out as being at the very least infertile mules if not outright warped in the way that nephilim are.

Welcome to ‘Keep it in your pants’ World. 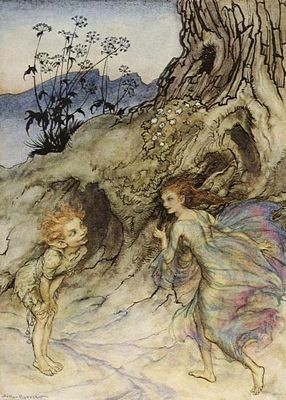