When I was younger, I read all of Weis & Hickman’s Deathgate Cycle and DarkSword trilogy. All the cool kids were reading Dragonlance so of course I never picked it up. Also, it was never in the library so that impacted my hipster tendencies. The closest to Krynn I got was reading Beyond the Moons which takes place there before heading off ‘Beyond the Moons’. The benefit to this is that now I can read some of these classics that I missed.

I picked up Dragons of Autumn Twilight recently and quickly noticed two things that inspired me to write this post. First, the reviews for the book are not very good. The good reviews seem to come from a haze of nostalgia while large amount of bad reviews seem to be a reaction against the nostalgia. Secondly, I felt really comfortable with these characters very quickly. I remembered feeling the same way when I read John Roger’s Fells Five comic as well. There is just something comforting about the standard adventuring party.

And I guess that’s what prompted me to write this (instead of the list of Pet Peeves I was going to go with). So many people have seen the Lord of the Rings movies. The gruff dwarf is a known quantity no matter if his name is Gimli: Son of Glóin, Flint Fireforge, or Khal Khalundurrin. The same thing goes for stealthy short-people be it Bilbo Baggins, tasslehoff Burrfoot, or Bree Three-Hands. And everyone has their favorite Armored warrior, mysterious mage, or dual-weapon wielding ranger. Or maybe not, depending on if the ranger is a dark elf or not.

A similar phenomena has shown up in the retellings of the Robin Hood legend. Each time Robin Hood hits the big or small screen there are new twists that are added to the characters or new characters are added and others are given less prominence. Despite different quirks that the characters may display thanks to different storytellers, they can at least be tracked because they keep the same name. Of course in the last few decades a Saracen or Moorish character has started showing up in these tales going by a different name each time be it Nasir Malik Kemal Inal Ibrahim Shams ad-Dualla Wattab ibn Mahmud, Azeem, or Djaq. I found a great article on the variations of Sherwood characters at boldoutlaw.com

Of course, now that I’ve spell this out there is a temptation to merge the two groups into an adventuring party:

Well, it looks like a now have my list of pregenerated characters for the next time I pull out 13th age. And I still have room for a Half-Elven Sorcerer. Or maybe I’ll just take this group on some adventures in my head. 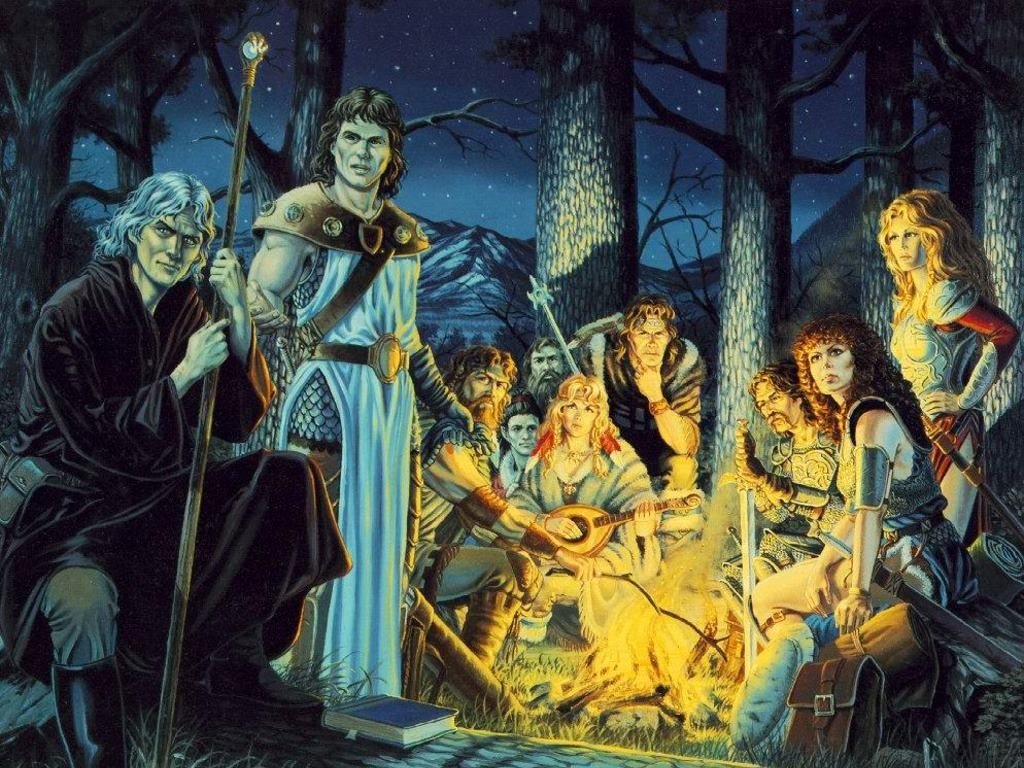