One of my favorite things about ‘World Building’ is actually building the world. This applies to both fantasy and modern settings. There is just something more real if I can look at a map but also something more intimate to me if I made the map myself. I really dislike setting things in real world cities.

This brings me to Hyades County. The place was originally founded by the Captain Robert Demhe of England. He was a privateer who made his fortune off of Spanish ships before retreating to the bay that now bears his name. The county now consists of the City of Hammersmith and the towns Manchester, Alar, and Hastur. A fifth town was deliberately flooded in 1908 in order to create the Hali Reservoir which services the county.

The Yellow River cuts through the middle of Hammersmith with the suburbs and main city on the west side of the river and on the east the airport and warehouse district providing a buffer to the wealthy inhabitants of Cliff View which overlooks the Hali Reservoir.

Alar and Hastur have a bitter football rivalry between their two towns and despite being small towns have an standing Thanksgiving Day game in Hammersmith’s MegaTech Stadium. 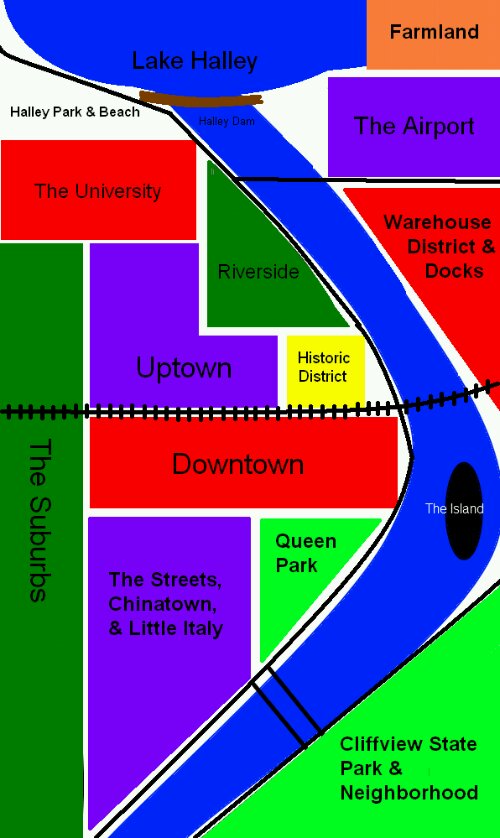