About a year ago we switched to the current Pathfinder Adventure Path: Carrion Crown. First we saved the town of Ravensgro from a plague of ghosts and then after travelling north to receive our inheritance we became sucked into trying to prove the innocence of a flesh golem (Frankenstein’s Monster). We did pretty good up until the point where the towns folk got mad that we were sticking our noses where it didn’t belong.

In the midst of that, things went a little off the rails. Spells were cast, fires were lit, and my little dwarf got himself separated from the rest of the party.

So there it is. I managed to get Mawgan killed. Despite his 19 Wisdom, he really managed to botch that roll to gage the lethality of an angry mob looking to lynch a flesh golem. He’ll never make that mistake again.

It probably makes sense that he went out that way. Mawgan understood the creatures of the dark. They made a certain sense to him. They existed to be slaughtered. But humans, even after 5 levels, he just couldn’t get them. Humans in general just didn’t seem to understand the value of clan and that always confused him.

He was just on the cusp of reaching 5th level. All he needed was to sleep for the night and he’d have been there.

Going through my possessions, the important stuff I had marked on Mawgan’s character sheet is:

Many of these are group items that I had on the sheet just to make sure we didn’t forget about them. The bow and arrows he specifically
left in the inn before going out on the town drinking. The potions are my biggest regret. At the time I had thought that I didn’t want to
risk the attacks of opportunity that I’d get from pulling them out and drinking them but with some luck, I probably could have worked them enough to get away.

Yeah. The mage armor is going to haunt me on that one because I think the combination of the mage armor and the ki dodge would have actually
made me immune to the crowd. Crud.

So what’s next? The specifics will of course happen after talking to the GM about it but I thought I’d take a look in my character concepts
folder and see what I had. I think ‘Agent/Friend of the Judge’ is going to be the way of things. It is really the cleanest method without having to do plot hole acrobatics. I want to make sure that my new character is filling a useful role, isn’t stepping on anyone elses toes, and has a solid reason for joining up with the party and sticking with them for the rest of the adventure path.

So I have a couple of options. We’ll see how it goes. 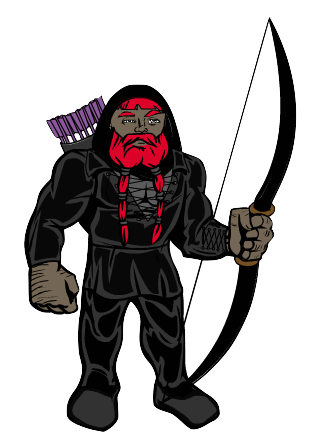