“All hands! Brace for worldfall!”

Telesh ignored the warning, instead turning his powerful arms all the more to the task of cranking back the winch of The Starmaid’s rear mounted ballista and then loading in the three foot long enchanted shaft.

The ship shook as the first wisps of astral mist began to curl around the hull of the Tradesman he had called home for the past six months.

The last two days had them darting from island, often times navigating completely blind with the spire no where in sight. Just the maelstrom below them and the threat of being discovered.

And now that they were home free, Telesh would be damned if he didn’t get one last shot on the neogi scum.

“Fire!” He hollered with satisfaction just as the mists engulfed The Starmaid and sent him flying to the deck. The last thing he saw across the void was the magical bolt blasting a hole in the Deathspider’s dome and then water splashing up on deck as they landed just off the swordcoast.

Telesh checked his purse, he definitely owed the priest an ale. Looking around the relieved crew’s faces, he wasn’t the only one.

One of my favorite old settings is the Spelljammer setting for 2nd edition AD&D. When 4th edition came out I was excited to see the Spelljammer influence as the old ‘phlogiston’ was folded into the astral plane. With D&D Next coming out, the question of the new planar arangement is one of pure speculation. Here is what I would like to see.

Astral Sea – The Sea covers all of the known universe. There are ways to get around without using it, but those are pretty much just shortcuts. The sea of stars is a large swirling mass of wonder filled with planets, asteroid islands, and if you go far enough the homes of the various gods.

The Maelstrom – Anywhere you go in the Astral Sea you can always look down and see the void. A huge vortex of chaos and destruction forever devouring all of creation. It is the home of demons, corrupted angels, dark gods, and just about anything else the universe ever wanted to get rid of.

The Spire – Standing tall and proud out of the center of the maelstrom is the spire.  A near ininitely tall column of stone with the City of Sigil right on top. Sailors in the Astral Sea navigate by it much as real world sailors use the North Star. They never approach it however as the magic that powers their helms falters the closer to the spire you get.

Planets – Planets within the Astral Sea are always moving, making it difficult to properly map all of the worlds that exist. Related planets tend to move in clumps and are often interconnected by portals. For instance the world, the shadowfell, and the faewyld all stay close together and are easy moved between without resorting to sailing the astral. Getting to Mt. Celestia or Mechanus are more difficult options.

Shortcuts – Travelling through the Astral Sea is often considered the ‘long way’. Numerous shortcuts such as wyrmholes, the world serpent inn, and the other side of the mirror are faster but they aren’t nearly as stable and reliable.

The main benefit I see to this cosmology is that it is simple but extendable. If I want to add Ravenloft to my setting I can just put a new planet out into the sea somewhere. If I want to add Eberron I can create a cluster of 13 planets off in the distance all in a close knit orbit. It is a little messy but in most cases doesn’t directly contradict anything other than to say some maps were a little too clockwork. 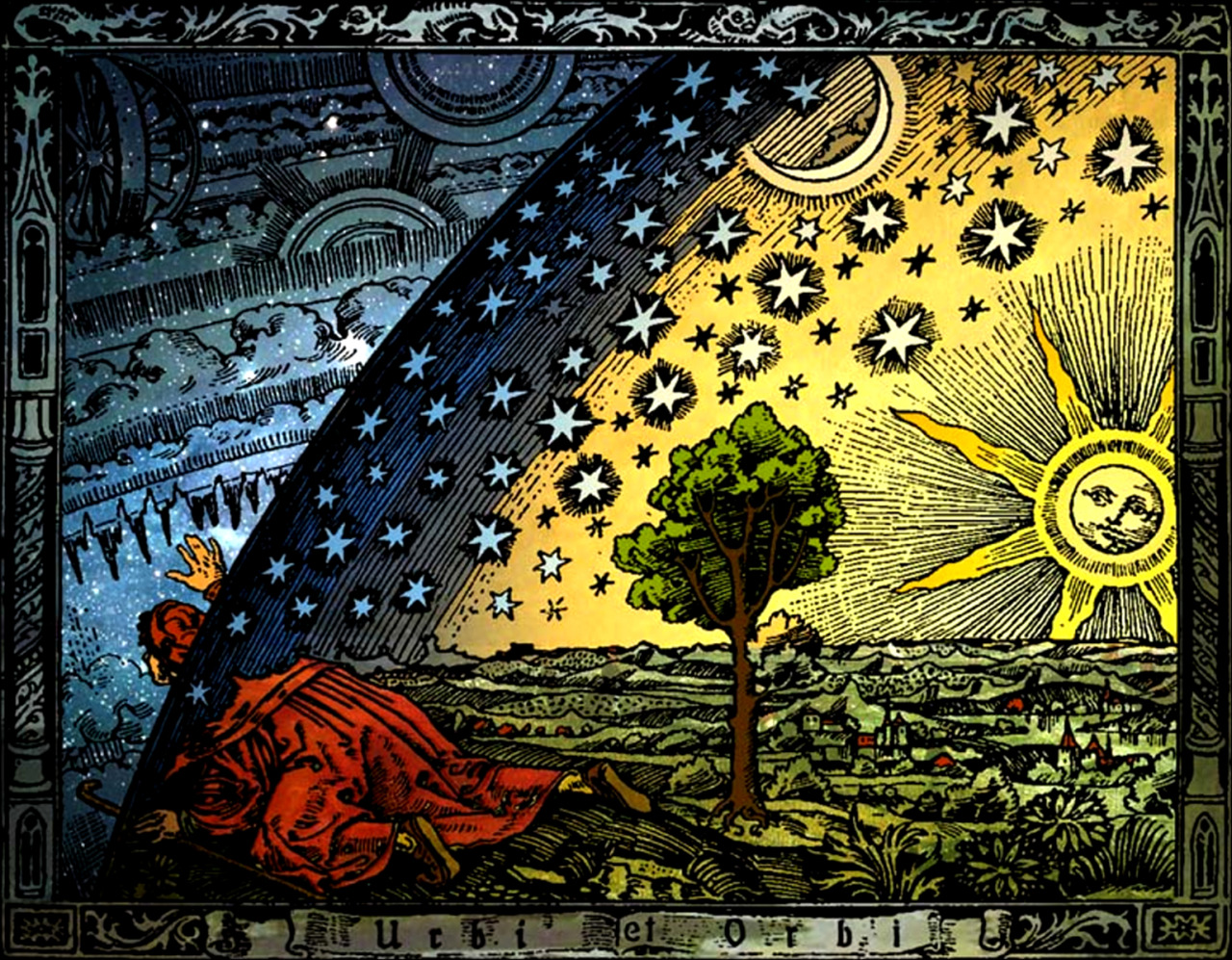