Ok.. Superhero World sounds bad. I need a good greek letter for it. Gamma, Psi, and Omega are all out. Anyway…

The Marvel universe pretty much sets everything in New York and many more generic settings pastiche this by using ‘The City’. For better or worse I’m more of a DC Comic kind of guy where the big heroes have their own cities. Metropolis for Superman and Gotham for Batman. Sure they’re just renamed versions of New York and Chicago but they have landmarks and life of their own.

For my yet to be named superhero world I want a small selection of cities that the players can choose from. On top of everything it makes it all seem more epic when they band together to save the world.

What I’ve come up with so far:
1. Empire – An amalgam of the big business side of New York with the underworld flavor of Chicago. It is big business all the way with lots of opportunities for companies to develop alien tech related stuff.

2. Liberty – A historic feeling capital city. DC government organizations with the older, not as polished feel of Philadelphia. Lots of symbolic magic to be had here but also the weird stuff that government contractors get up to.

3. Trinity – The entertainment capitol of the world, it has the movie industry of LA mixed with the gambling and drugs of vegas. Not to mention that nerium grows wonderfully in the desert so a number of the rich and wealthy are addicted to the stuff.

4. Union – Take all of the magic and hocus pocus gothyness of New Orleans and mix in the hard core decadence of Miami and you have a city of corruption just begging for some vigilante justice.

5. Arcadia – So far they’ve all been US Cities. Arcadia is European, borrowing liberally from London, Paris, and Berlin to awkwardly mix old world charm with the taint of obsessive nationalism. Every world needs Nazis to beat up.

6. Thale – Last on the list and the most mysterious. Thale primarily Cairo but with Jungles as well as desert and a few temples filled with ancient grand master martial artists. Very few characters will actually go there outside of their backstory.

7. Other places – Yes they exist. No they don’t play more than a one off role.

8. The United States – There is a president who shows up from time to time. It is fuzzy what actual government is involved however. The people with the real power are the heads of international organizations with awkward acronyms. 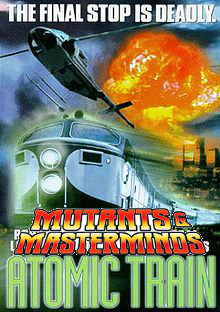