Today we were walking to the playground and in order to stave off my son’s declared boredom we created a superhero team. He named them the SuperMeggies which I figure is either short for SuperMegaUltraGuys or gets abbreviated to Smeggies.

They are specifically losers because “when there is trouble they just fly around in circles”.

The members of the team are:
ColorMan – The leader of the team he has flight and laser blasts. He was the first creation so I know he eats cans and has the most god aweful set of colors on his suit imaginable.

TreeMan and GrassMan – I’m guessing they’re twins or siblings because of the similar power sets. TreeMan gets around by growing leaves so they are extra bouncy and jumping on them. GrassMan is much more leathal, turning blades of grass into real blades.

Finally there is SuperSplash, a sort of spiked armored turtle guy. Given the Splash in his name I’m guessing he’s amphibious.

Couldn’t quite confince him to add a girl to the group, but I guess it fits with their loser image. I figure like MysteryMen, a hypercompetent woman will join the group and raise the rest of the team to her level. 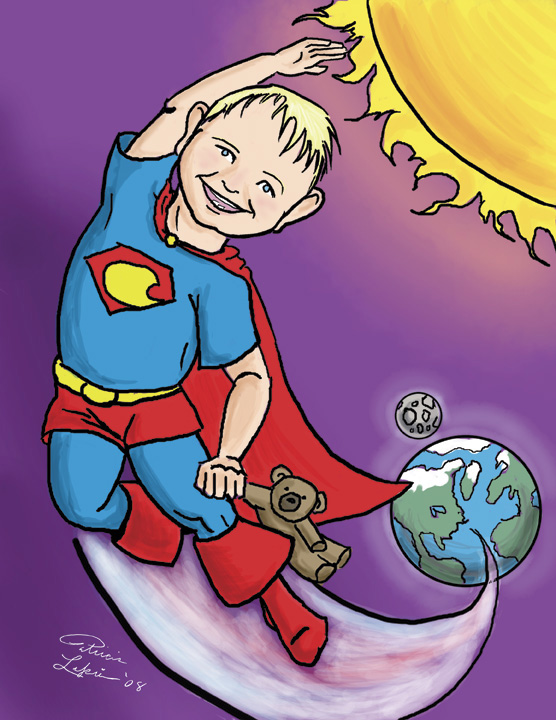